Since its foundation in 2000, PCE has grown from a small operation offering DJ production services into a full-service powerhouse that offers production, rental, retail, and integration. From lighting and audio to video and staging, we do it all. We’ve worked very hard to make ourselves a true one-stop shop for all our clients’ AV needs. Read on to trace the PCE journey and learn about some of our key players. 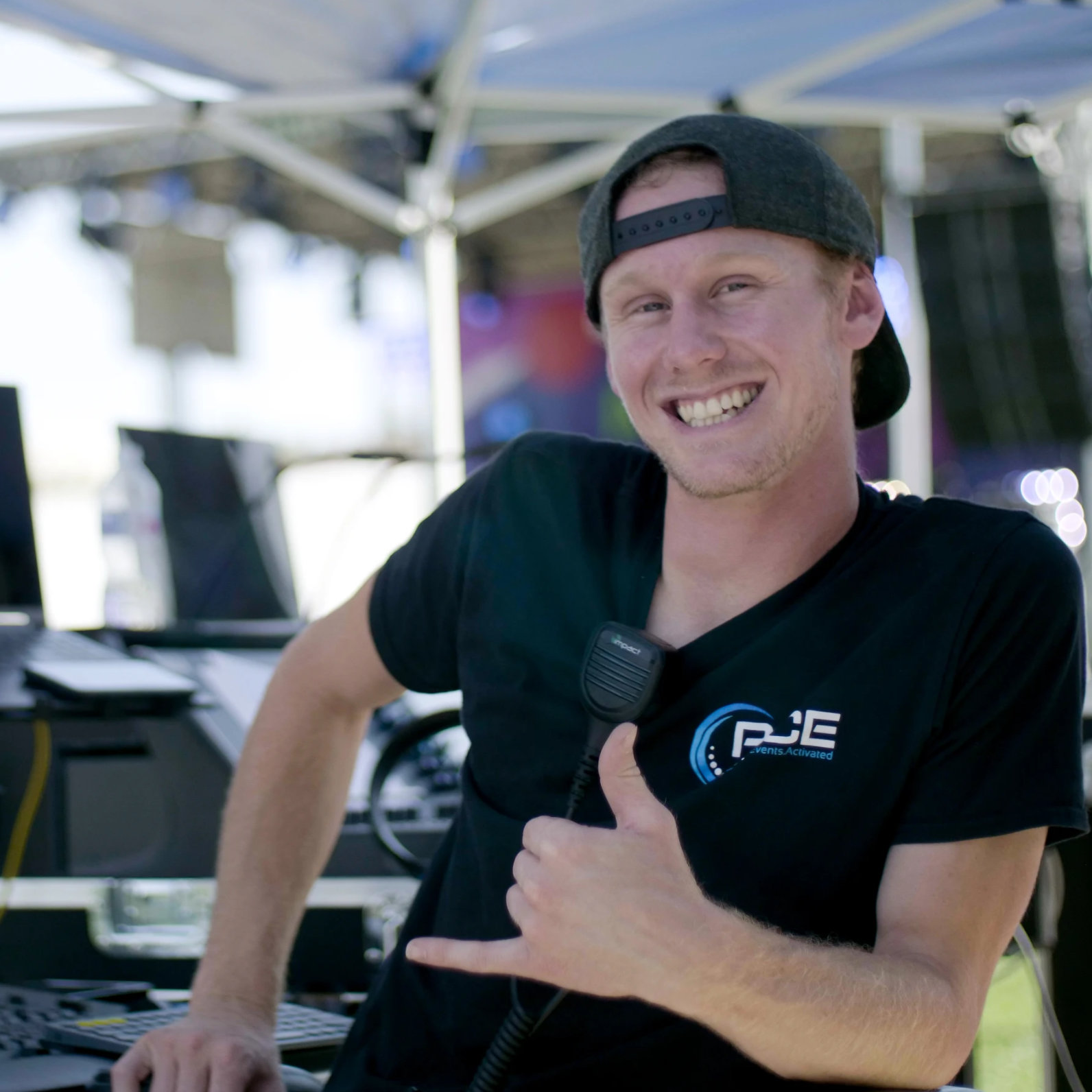 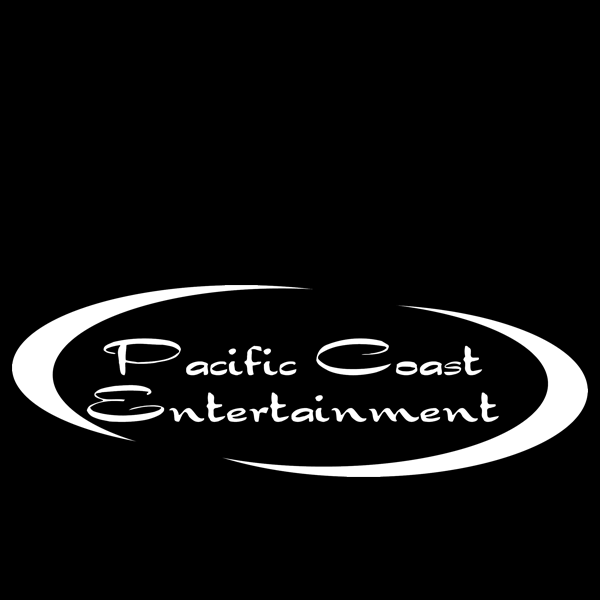 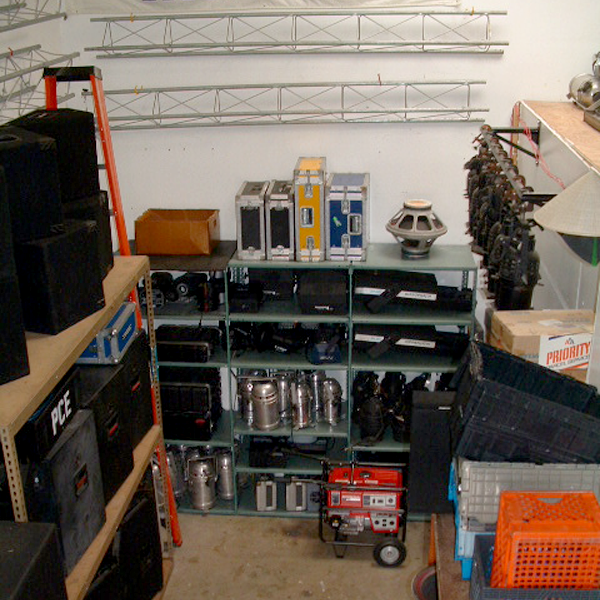 PCE Moves into its First Shop

Goodbye, garage! PCE's growing ambitions forces it to find a new headquarters. Just a year after opening, PCE settles into a dedicated building from which to conduct business. 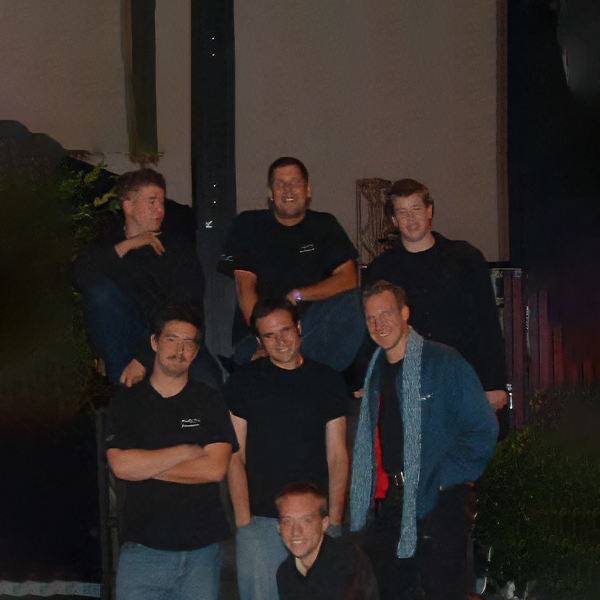 The PCE crew (above) relaxes backstage at the Newport Beach Jazz Festival, one of the company's first major events. 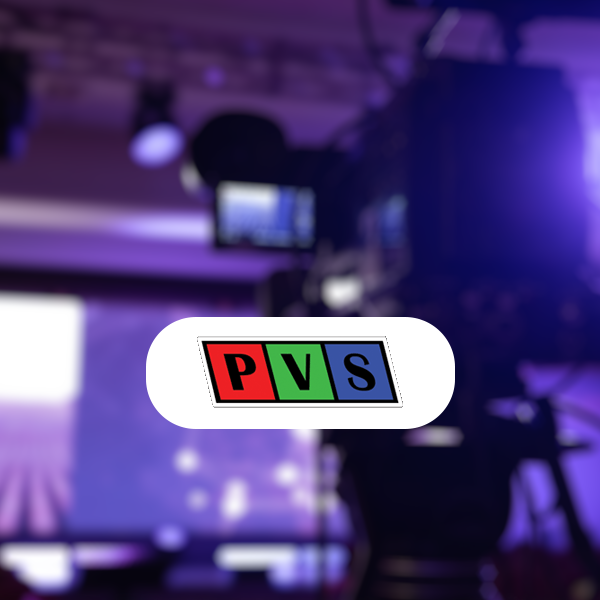 From the very beginning, PCE strived to expand into parallel markets and become a one-stop shop for customers. In 2003, we made our first acquisition: Professional Video Supply (PVS). This move added more video gear and expertise to our expanding repertoire. 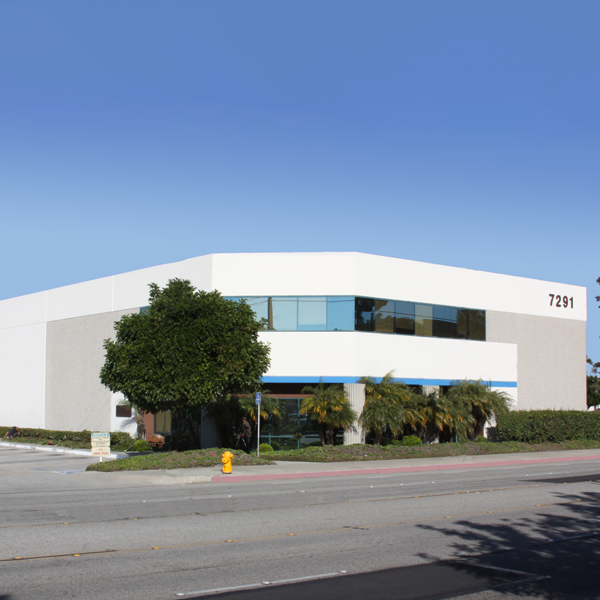 PCE keeps growing! To find more room for its burgeoning inventory, PCE upgrades to a bigger building on Heil avenue. (Spoiler! This wouldn't be the last time PCE needed to find a bigger home.) 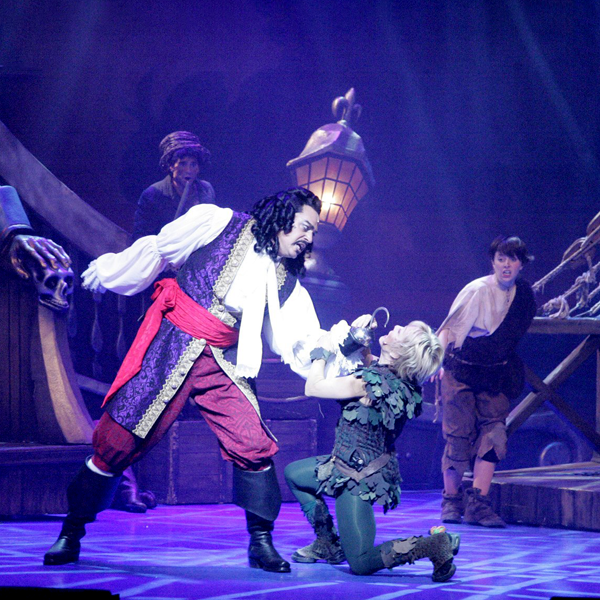 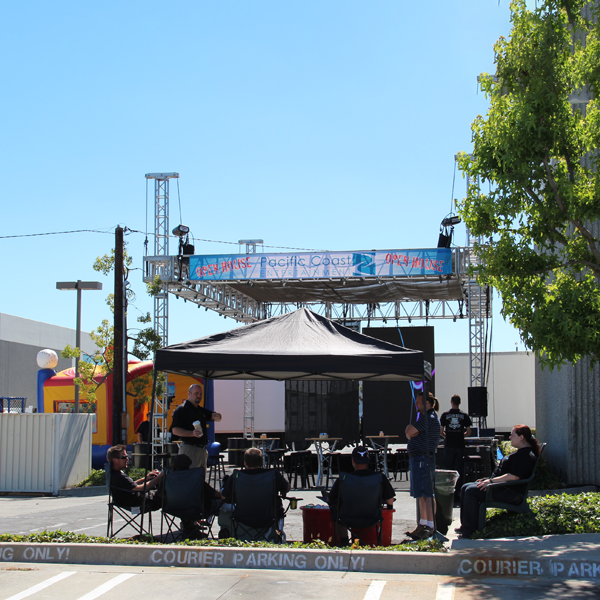 In 2012, PCE put on its first open house, inviting clients, manufacturers, and other industry pros to an event that has since become a de facto regional trade show. 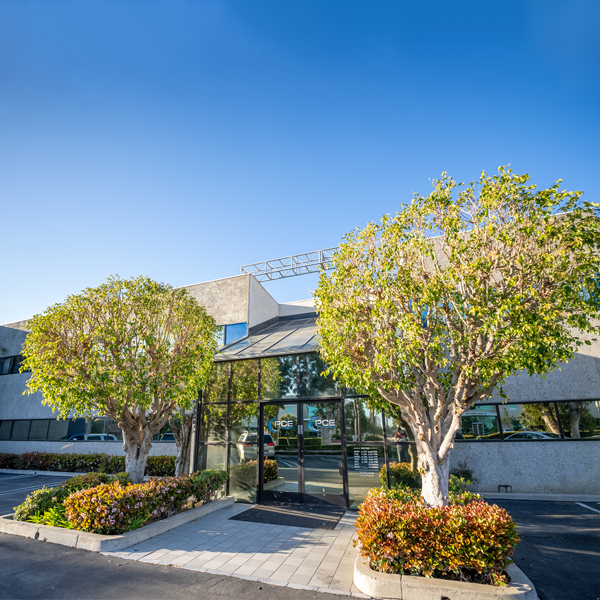 PCE just won't stop growing, and once again, it's time to move. After a long search, PCE settles into a bigger building on Woodwind Drive in Huntington Beach, a location that still serves as its base of operations. 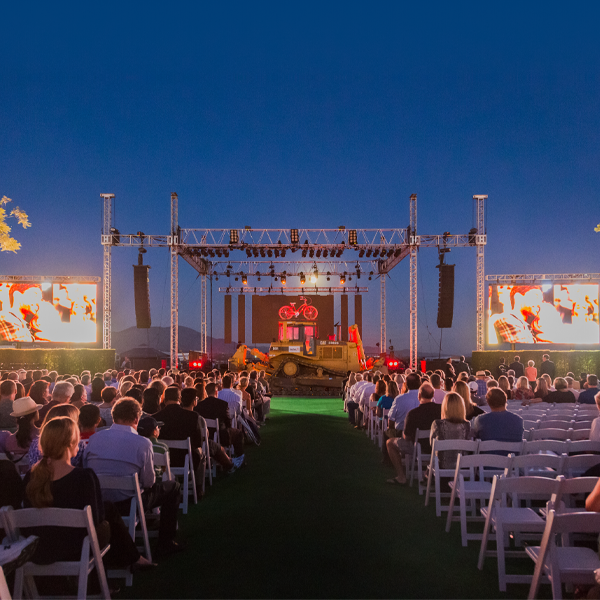 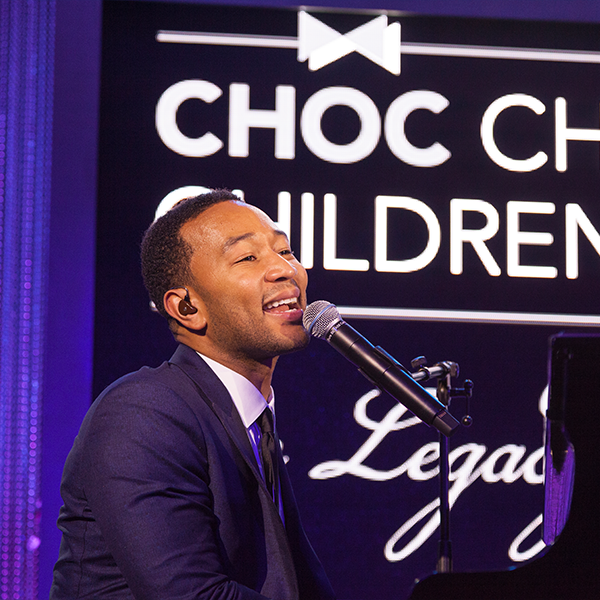 PCE produces the CHOC Gala for the first time, an annual event that features top tier musical talent. Over the years, PCE has supported the likes of Alicia Keys, John Legend, and Kelly Clarkson at CHOC. 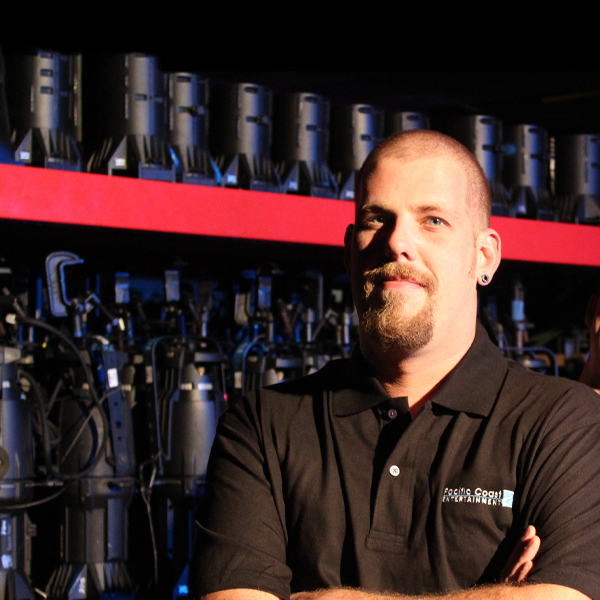 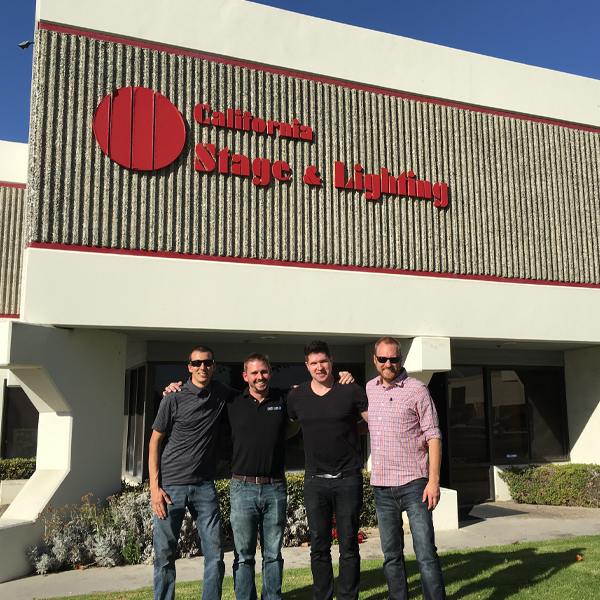 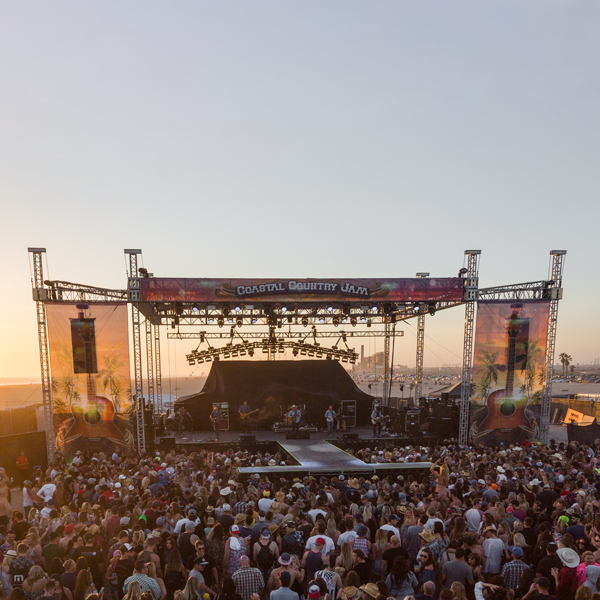 PCE produces the Coastal Country Jam music festival on the sands of Huntington Beach. The fest featured notable acts like Jake Owen and Tim McGraw and represents one of the finest architectural achievements in PCE history. (Building a stage on a beach is no easy feat!) 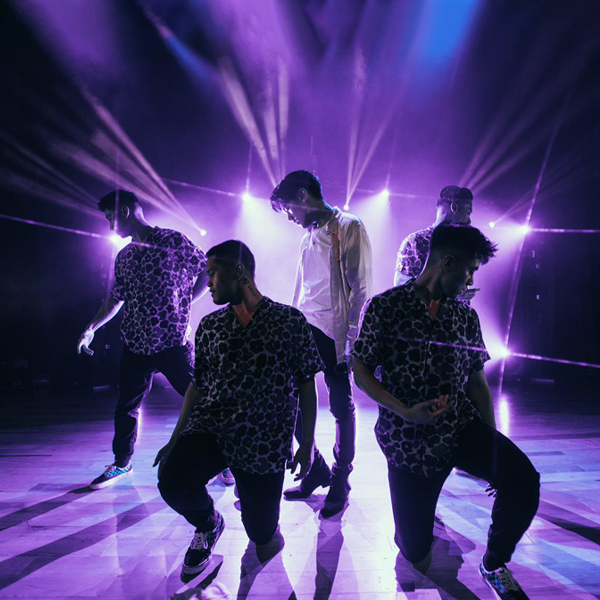 PCE finishes a national tour with K-Pop star Eric Nam—just before the COVID-19 pandemic puts the kibosh on live events for the year. 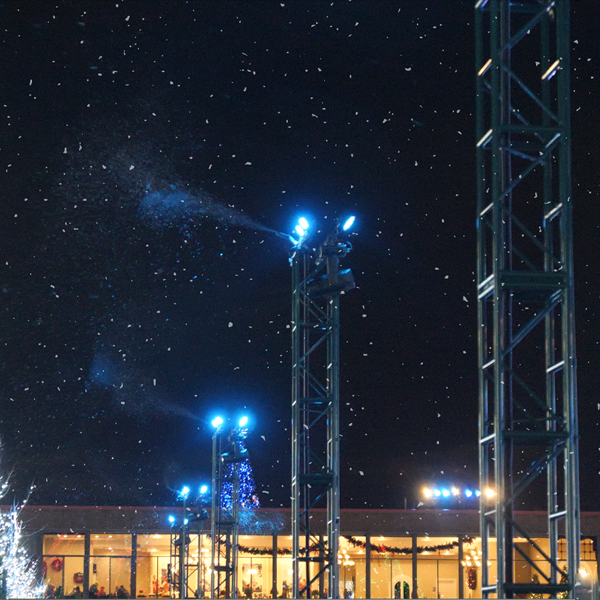 PCE Takes Over the Fog and Snow Biz

Throughout 2021, live events started to pick up again. At the end of the year, PCE shipped close to a thousand fog machines and snow machines (not to mention all the fluid!) to theme parks all over the country. Happy Halloween and Merry Christmas! 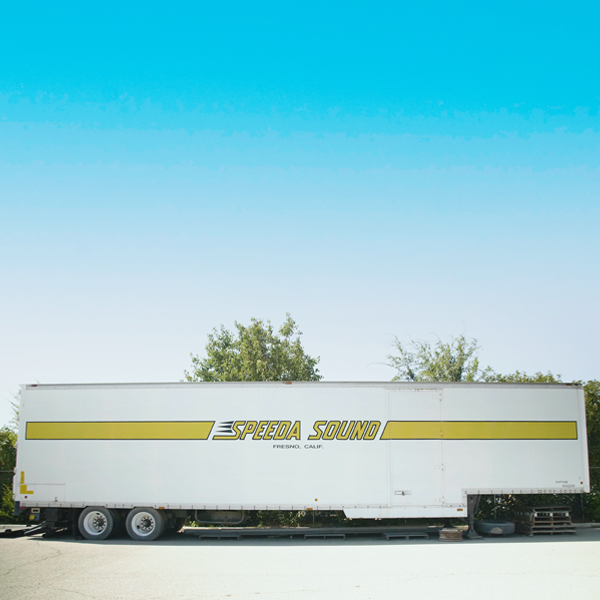 Ready to rock out? We are! PCE buys Speeda Sound, a historic audio and backline business that has supported the likes of Johnny Cash, The Beach Boys, and Blue Öyster Cult (to name just a few). The acquisition adds an entire warehouse of top-tier musical instruments to the PCE inventory.

Head honcho Ryan Steidinger has been with PCE since the beginning, but his time in the entertainment business goes back even further. Decades of experience in lighting, video, and every other facet of live event production make Ryan the perfect person to run a customer-focused production company.

Brandon's time at PCE goes back nearly to the beginning. Over the years, he's worn a lot of hats, from fabricator to video pro to warehouse/equipment manager. He currently serves as CFO, where his deep knowledge of the business/industry make him irreplaceable.

Joey and PCE CEO Ryan Steidinger originally met in grade school, and they have remained friends ever since. In addition to PCE, Joey's entrepreneurial pursuits include technology consulting, bars, restaurants, and an online fashion store.

Dan prides himself on his ability to make things run as efficiently as possible. Before PCE, he did exactly that as an electrician, lighting designer, and audio engineer. Now, he does it with our production inventory and internal systems.

Pre-PCE, Gerald designed lighting for clients like Suzuki, Warner Bros, Disney, Mitsubishi, and Cisco. Now, Gerald runs the warehouse at our Huntington Beach headquarters, making sure our partners get all the gear they need—on time and in pristine condition.

Every day, Tim harnesses decades of film and event production experience to plan spectacular events for PCE partners. Tim prides himself on finding creativity ways to meet our clients' budgets—all while giving them everything they need to wow their guests.

Christian first became acquainted with PCE as a teenager through the Huntington Beach High School (a PCE client) theater department. Over a decade later, Christian has become a vital member of the team, spearheading our expansion into the San Diego region.

A gear junkie with a strong theatrical background, Mike loves matching PCE customers with the technology they need to make their events and spaces perfect.

Adam spent years as a tech for Disney, then worked in sales for a production equipment manufacturer's representative. Now, Adam brings his skills and experience (and vast wealth of gear and industry knowledge) to bear as an assistant to our sales team.

Thank you! Your submission has been received!
Oops! Something went wrong while submitting the form.